What is Kirlian Photography?

What is Kirlian Photography?

Kirlian Photography is a photographic technique that involves shooting a high voltage charge through an object that is connected to a photographic plate. The resulting image typically includes a colored “aura” around the object.

There is perhaps no type of photography so shot through with mystery and rumor as Kirlian Photography. Accidentally discovered by Mr. and Mrs. Kirlian in 1939, this photographic technique has a long history of association with New Age metaphysics and the theory of “auras”. To this day, a variety of mystical and healing practices label themselves “Kirlian” – even if they have nothing to do with the original photographic technique. Separating the truth of Kirlian photography from the myth is not a simple task; as is so often the case, scientists believe the whole thing has been debunked, while believers are quick to point out flaws in the experiments, while offering scientific sounding explanations of their own. 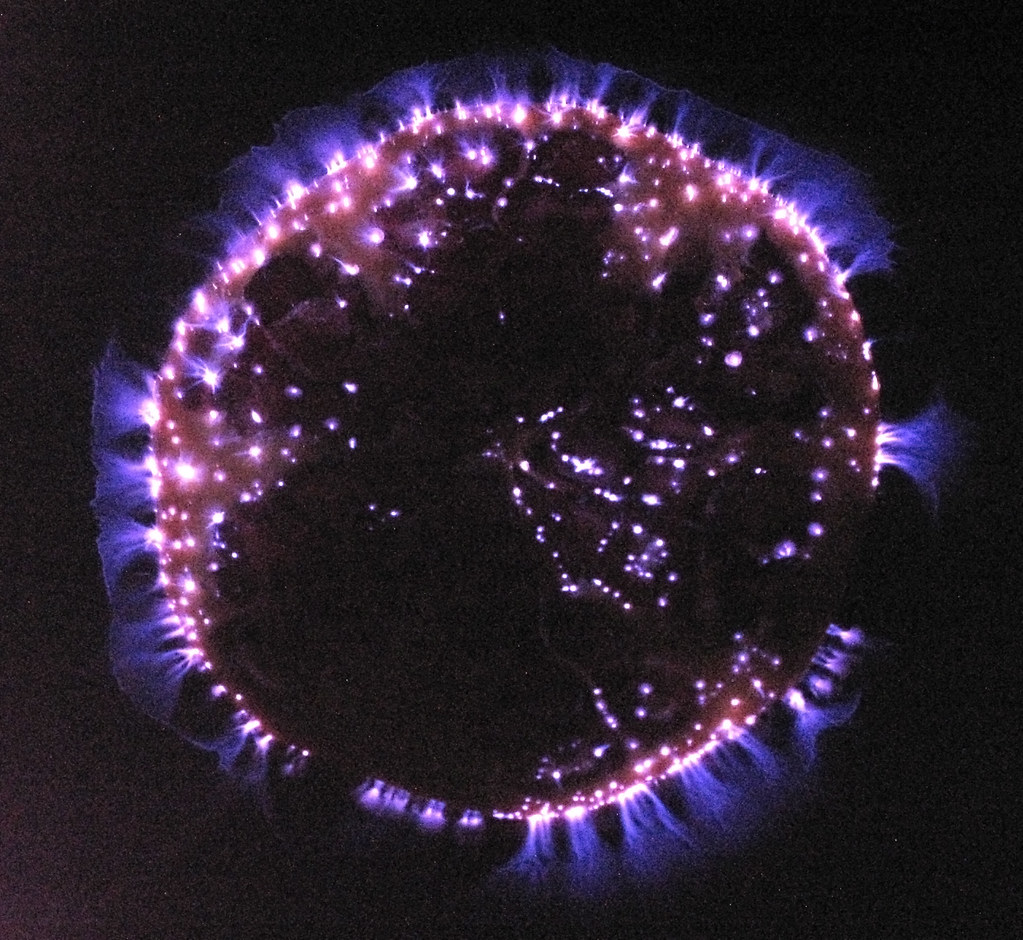 The Kirlian’s themselves suggested that the auras in fact represented the “life force” of the object being photographed. The idea is that all living things emit an invisible aura, which the high voltage charge makes visible to the camera. A couple of well-known experiments involving plant leaves seem to support this theory. In one, a leaf is photographed over several days as it dies. The aura is large and intense in the first, and grows steadily fainter and its “life force” vanishes. In another, the leaf is torn and then immediately photographed. The ‘aura’ of the missing section is still visible in the photograph, even though it is no longer physically present.

The Kirlian Myth really took off during the Seventies in the United State, when its peculiar blend of scientific discovery and metaphysical implications captured the attention of New Age practitioners. It was popularized by a 1970 book called Psychic Discoveries Behind the Iron Curtain (which incidentally won that year’s Most Awesome Title award). The Psychologist Dr. Thelma Moss of UCLA explored implications of Kirlian effects during that decade. It was in her laboratory that the most famous Kirlian photographs were shot: they appear as the album art of George Harrison’s 1973 album Living in the Material World.

Sadly for us, we no longer live in the psychedelic seventies, and as a result the credibility of the Kirlian Myth has taken a hit. Scientists today generally believe that physical phenomena, rather than life forces, best explain the Kirlian effect. They point out that even inanimate objects appear to have auras, and point to methodological errors in the “torn leaf” experiment. No one denies that these auras really do appear, but scientists believe that they reveal water molecules surrounding the object. This explains the diminishing aura as the leaf dries out in the first experiment. 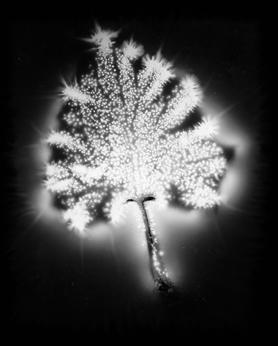 Create your own Kirlian Photos!

Even if they don’t give us a glimpse of our immaterial life force, Kirlian photos can still be pretty cool to look at. Unfortunately, taking them yourself requires either a specialized camera, or working with sheet metal and a high voltage power source. If that sounds appealing to you, check out this article . For the rest of us, may I humbly recommend a little bit of photo editing? Transforming a simple photograph into a mystical masterpiece is a way to flex your PSP muscles. Give it a try yourself, and post the results in the comments to the post. We’d love to see what you can come up with!

In HDR photography, there is a fine line between reality and fantasy — and, it’s absolutely breathtaking!
HDR (High Dynamic…

How to Edit Layers: An Introduction

What is HDR on iPhone Camera?

What is HDR on the iPhone 5 Camera?
Tapping this button on your iPhone 5 will toggle HDR mode on…

Why is iPhone Photography so popular? In some ways, it’s an easy question to answer. Photographers have a saying:…

Ready or not, Valentine’s Day is just around the corner! The kiddies are all set with their class lists…

Get a Faster Photo Workflow in AfterShot Pro
For a lot of people who take pictures time is money. In my…

Don’t put your friends to sleep with your travel pictures!
Now don’t stress. Whether it’s touring in the silence of…

PaintShop Pro Named Best Photo Editing Software
Now that we have our blog, it’s high time we tell you about…