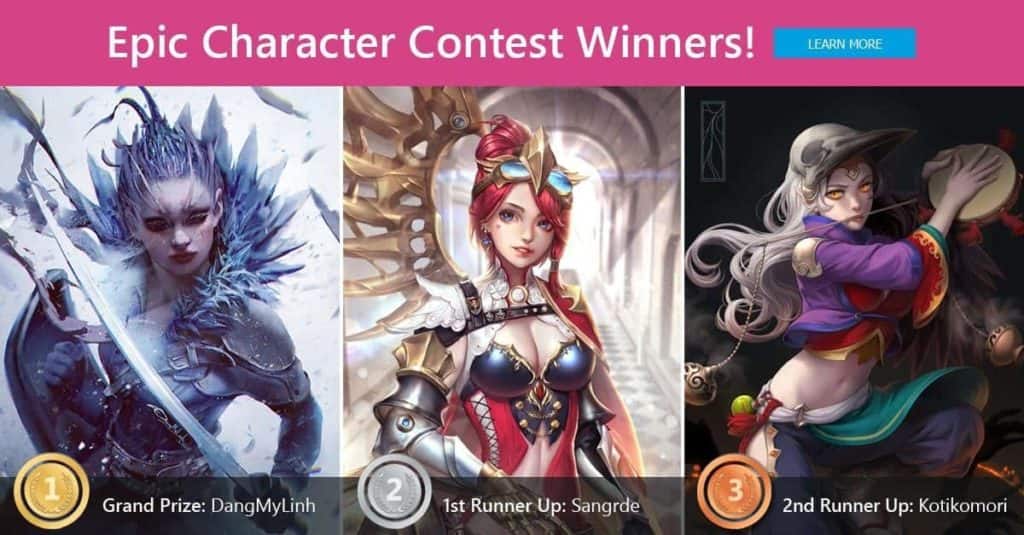 Congratulations to the Talented Winners of our Epic Character Contest

We challenged you to show us your most EPIC character designs created using Corel Painter and/or Clip Studio Paint Pro and you did not disappoint.

We received more than 500(!) excellent entries over on Drawcrowd from all kinds of incredibly talented artists around the globe, and choosing the three best was no easy task, but we’re excited to officially announce our top three selections!

Before we jump into the announcement, a big “thank you” goes to everyone who submitted their artwork. We also want to thank the amazing Harvey Bunda and all of our friends at Celsys and Smith Micro, Drawcrowd, Wacom, and at ImagineFX magazine for working with us on this awesome contest.

Now, are you ready to see these winners?!  Let’s check ‘em out.

In third place is the spirit-summoning Dathura, by the artist who goes by Kotikomori, who works in 2D and is from the Russian Federation. You can find her DeviantArt page here, with much more of her work.

According to Kotikomori, Dathura is a necromancer who calls the souls of the dead by drawing a circle of fire on the ground, and spirits head for the light.  “Dathura is no longer alive,” Kotikomori says, “but she cannot be called dead. [H]alf of her hair is gray, and she vaguely remembers what happened to her until her death and resurrection.” She can choose to soothe the souls that come to her, but also control them.

Kotikomori says she was inspired by different styles of costuming in Asian countries, and thanks you for reading Dathura’s story. Thank you for sharing her with us! 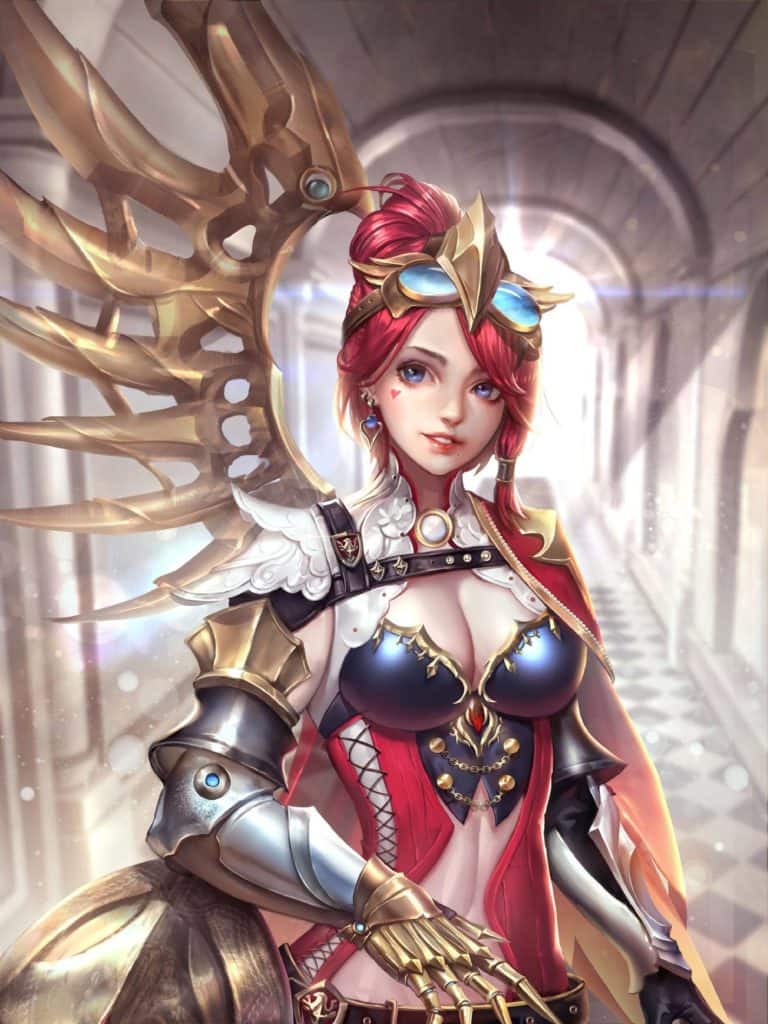 Coming in second place is this striking portrait of Lieutenant Phoenix, a cyborg-esque warrior bred to battle invading aliens, by the popular US-based artist Sangrde.

Sangrde is self-taught in digital art, and often works as a freelance illustrator. You can find her on DeviantArt here, where you will find more of her work and ways to get in touch.

Sangrde says her inspiration for this piece was Victorian-era steampunk design and medieval knight aesthetics, but bringing both forward into the future. In this future, the human race is struggling to fight back against aliens. “Humans built an army of modified mechanic-bodies to fight comparably with the enemies in the air,” Sangrde explained. These cyborgs use the names of birds to identify themselves. Sangrde said she intentionally made Phoenix’s age indeterminable: “People would be often surprised by how young she looks under the mask considering her position as 1st Lieutenant of the army.”

Thanks so much, Sangrde, for sharing your amazing work with us! 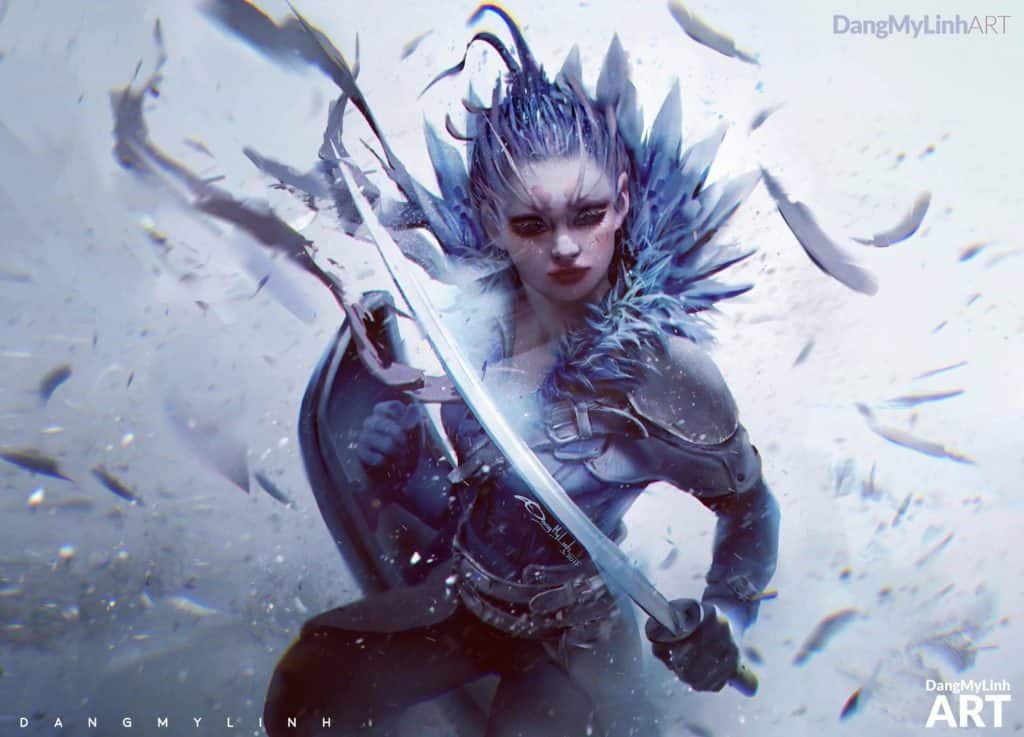 And our grand prize winner is this stunning work by DangMyLinh ART, which truly blew us away!

DangMyLinh is a Vietnamese art student studying graphic design who also works freelance as a concept artist. Her DeviantArt is here if you’d like to see more of her beautiful work or contact her. DangMyLinh’s skill is immediately apparent with “Snow,” an intense piece of a warrior that the artist describes as “fighting in a snow storm with an invisible power around her.”

DangMyLinh says that when she thought about what an epic character would look like, she instantly envisioned a fierce knight armed with a shield, a sword, and armor. Someone strong and vaguely alien. “Blue is one of my favorite tones that I often use in my palette,” DangMyLinh explained. That much is clear, as the color powerfully evokes mysterious and wintry moods.

This outstanding character design shows what can be achieved with Corel Painter and Clip Studio Paint Pro, and we are extremely pleased to award our grand prize to such a deserving artist!

These three artists and their designs will be featured in a future issue of ImagineFX, so watch out for that.

And now, get creating yourself with Corel Painter and Clip Studio Paint Pro to make your own masterpieces!

There is an endless amount of Star Wars digital art and illustrations out there. Here are several pieces from deviantart.com.... Read more
Read more 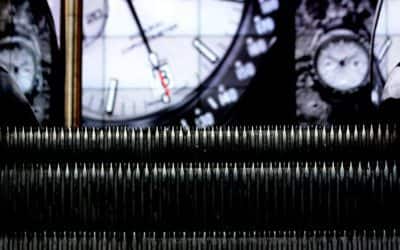 We are very pleased to announce the finalists in both of of our Matter of Time contests! For the... Read more
Read more 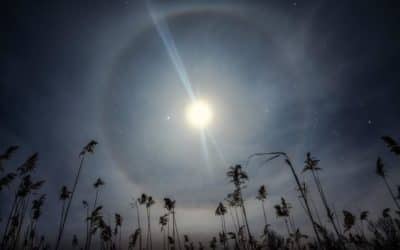 We are very pleased to announce the winning photos and videos from our Matter of Time contest. Thanks to... Read more
Read more

Ice & snow, I mean the real stuff, is not something we’re too excited about. Especially considering it’s January... Read more
Read more 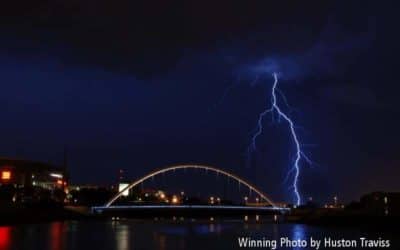 We are pleased to share the results of the recent photo editing contest hosted by our friends at Digital... Read more
Read more 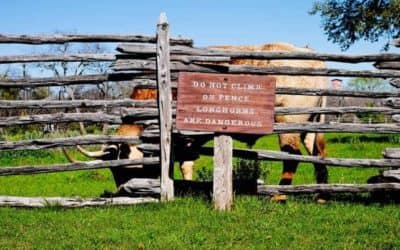 Did you know that you can create an outstanding digital painting in just 10 minutes? True story.  You’ll need... Read more
Read more 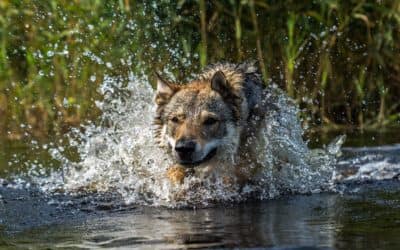 We have it! We have a winning photo! After some serious deliberations among the staff at the Discovery Center... Read more
Read more

As many of you already know, the highly anticipated “Transformers: Age of Extinction” movie came out this past weekend.... Read more
Read more 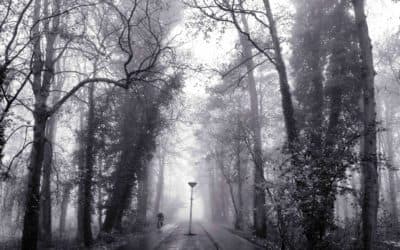 And the winners are in! Share your favorite with your family and friends on Facebook right away! The time... Read more
Read more